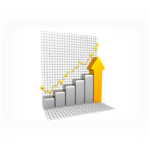 “The right mix of strong promotions, lean inventories and an emphasis on value put retailers in the perfect position to end the year on a high note,” said NRF President and CEO Matthew Shay. “A better-than-expected holiday season is welcome news for an economic recovery that continues to be sluggish, and demonstrates retail’s powerful role as an engine of growth.”

“In a matchup between the final two months of 2011 November clearly wins, but in the end retailers’ promotions struck the right chord for budget-focused holiday shoppers,” said NRF Chief Economist, Jack Kleinhenz. “Though we are seeing evidence that the economy still has a critical hold on consumers’ purchase decisions, this strength in spending could continue into 2012.” ”