Fast Food and Your Point of Sale System 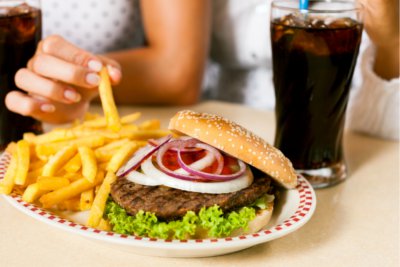 Before you purchase a restaurant POS system, read this first!

Among the most critical decisions one can make in managing a restaurant is choosing the point-of-sale (POS) system.  While some may see the POS system as simply the machines that deliver prep tickets to the kitchen, or allow employees to clock in, the decision to incorporate a POS system in restaurant is of far greater importance.  While any given POS system does do the things mentioned above, it also supplies an infrastructure to your business.  Together, we will look at various elements to consider when choosing your point-of-sale system and address common pitfalls in the decision-making process.

The most obvious impact when incorporating a POS system in your business is in front of house operations (FOH), where the majority of employees will interact with the POS in their day-to-day activities.  To follow their typical use of the system, an employee will use the system to clock in (a subject covered later when we discuss labor and scheduling), and then use the system to enter orders from customers which are transmitted back to the kitchen for preparation.  Additional ordering and the separation of items to create multiple checks are standard in mainstream POS systems, allowing flexibility in not only the manner in which items are ordered, but also in manipulating these items to create guest checks appropriate to the scenario.  For example, POSitouch uses a “seat” system by which each item ordered may prompt for a seat number, which is then used to quickly divide checks into separate checks that may then be presented to the customer.  If you listen to your staff in most full service restaurant environments, it should come as no surprise that a common complaint in user order entry is the speed at which items may be ordered.  We often refer to the navigation of menus and screens as “touches,” where the goal is to order the desired item in the fewest possible touches.

These touches are the spine of most programming done by the restaurateur or the dedicated programmer of your POS supplier.  In fast food or counter service environments, the minimization of touches becomes even more important.  By defining your order screens by the manner in which they appear on the menu or by frequency of ordering, you are creating a virtual geography which organizes the menu in a manner that promotes the fewest possible touches.  For example, if your employee is a cashier in a fast food restaurant, you would look for a POS system that allows a single user to remain logged in to their terminal, provides an organic and logical composition of items that makes your most-ordered items easy to find, does not clutter the ordering process with unneeded choices or options, and makes settling the check as fast as possible.  In these fast food environments, speed is king!  The ability a fast food restaurateur should always be mindful of when choosing and using a POS system is how to take an order, collecting the required information for proper food preparation, and how to collect the money for that order in the fastest possible way.

In these fast food locations, we recommend using a few tools available in most POS systems, though we will be using POSitouch as a direct reference.  Within POSitouch, one is able to assign a terminal to a specific user, making logging into their terminal a simple one-touch process.  Assigning the cash drawer to that employee also makes it impossible for other users to open that drawer, increasing accountability for the money contained in the drawer, which we will consider in greater detail in our discussion of security.  Now that we have made it simple for our cashier to easily access the order screens, we may then consider the layout of our menu.  If we have organized the screens according to greatest usage, the most commonly ordered items will be displayed as soon as the cashier logs into the system.  We may also hide common modifiers (also known as options or choices) that might otherwise slow the ordering process, yet are necessary for customization of individual orders.  A common example of this scenario is the customer who orders a hamburger with ‘no pickles.’  We don’t want to prompt for such options in this scenario as a matter of course, so we will hide this option under a “MODS” button that allows customization only if we desire it and requires no additional touch to dismiss such a modifier screen. 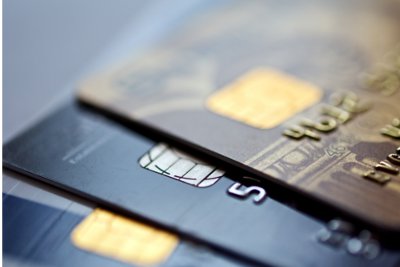 Now that our order has been placed and sent to the kitchen for preparation, we want to settle the check quickly and get to the next customer in line.  In POSitouch, we do this with a couple of neat tricks.  One, we will often place a ‘PAY CASH’ button on the order screen itself, so the cashier may send the order and touch ‘PAY CASH’ to immediately settle the transaction to cash.  There is some inherent danger of improperly settling an item, but, remember, in this scenario speed is king, so we’ll sacrifice the occasional headache for a more fluid and fast settlement process.  We also make the swipe of a credit card a trigger to authorize said card and proceed to the payment screen with no more touches than the verification of the total on an authorization screen.  In this way, regardless of how the customer is paying, we have reduced our touches to a single touch for cash settlement and two touches for credit card transactions.  Obviously, the speed of credit card authorizations will be dictated by your method of transacting credit cards, but the standard has become credit card authorization via web processing.  If you’re still holding onto earlier dial-up technology, look into the cost of moving to high speed internet.  Your savings in the speed of transactions alone may be worth the investment!

No two restaurants are the same, but by defining very clearly your specific needs for your business, and being aware of the need to account for employee usage of your POS system, you may make confident buying decisions.  If you have specific questions related to the information presented here, or simply have questions regarding how a POS system may best be adapted to your needs, please contact us at support@dcrpos.com and we will be happy to advise you to the best of our ability!